Matternet is a silicon valley based start up developing world leading technology for on-demand, aerial delivery in urban environments. The company provides its technology platform as a service to healthcare, e-commerce and logistics organizations. The system is currently used by logistics companies like UPS and SwissPost to transport medical diagnostic samples between hospital labs at a fraction of the time, cost and energy of any other transportation method used today. Joining the team in its inception, I was able to form the design vision and lead the development of all air, ground and user facing products under one design philosophy.

In 2018 the design team in Matternet set out to complete the vison of building a fully autonomous drone delivery system.
While aircraft design and operation design were the focus in previous years, in 2018, the team focused on the physical and digital assets that directly interact with the users. 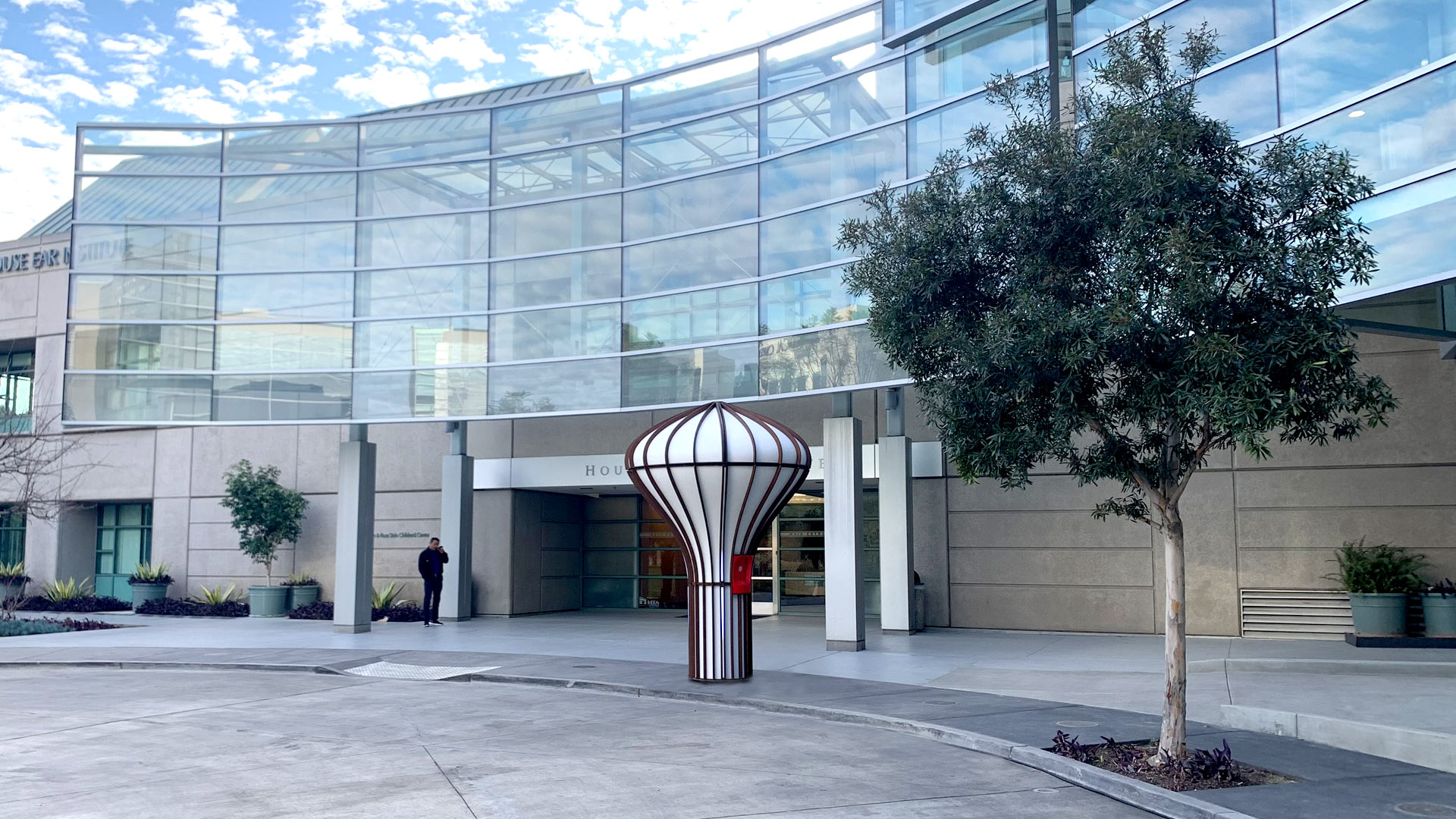 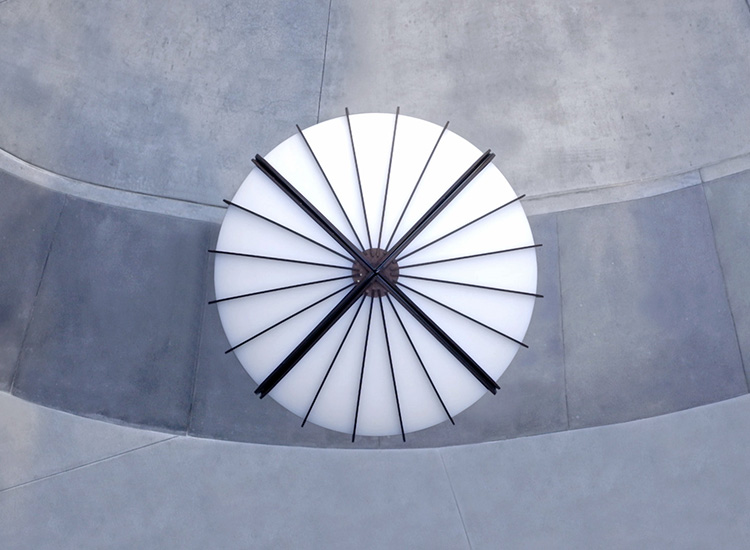 The design team came up with the Terminal product in order to enable the users to create a delivery manifest while in the lab.
By that we saved the need for a screen interface on the station and optimized the system flow which led us to speed the overall time of delivery. Security and chain of custody were some of the advantages that Terminal introduced. 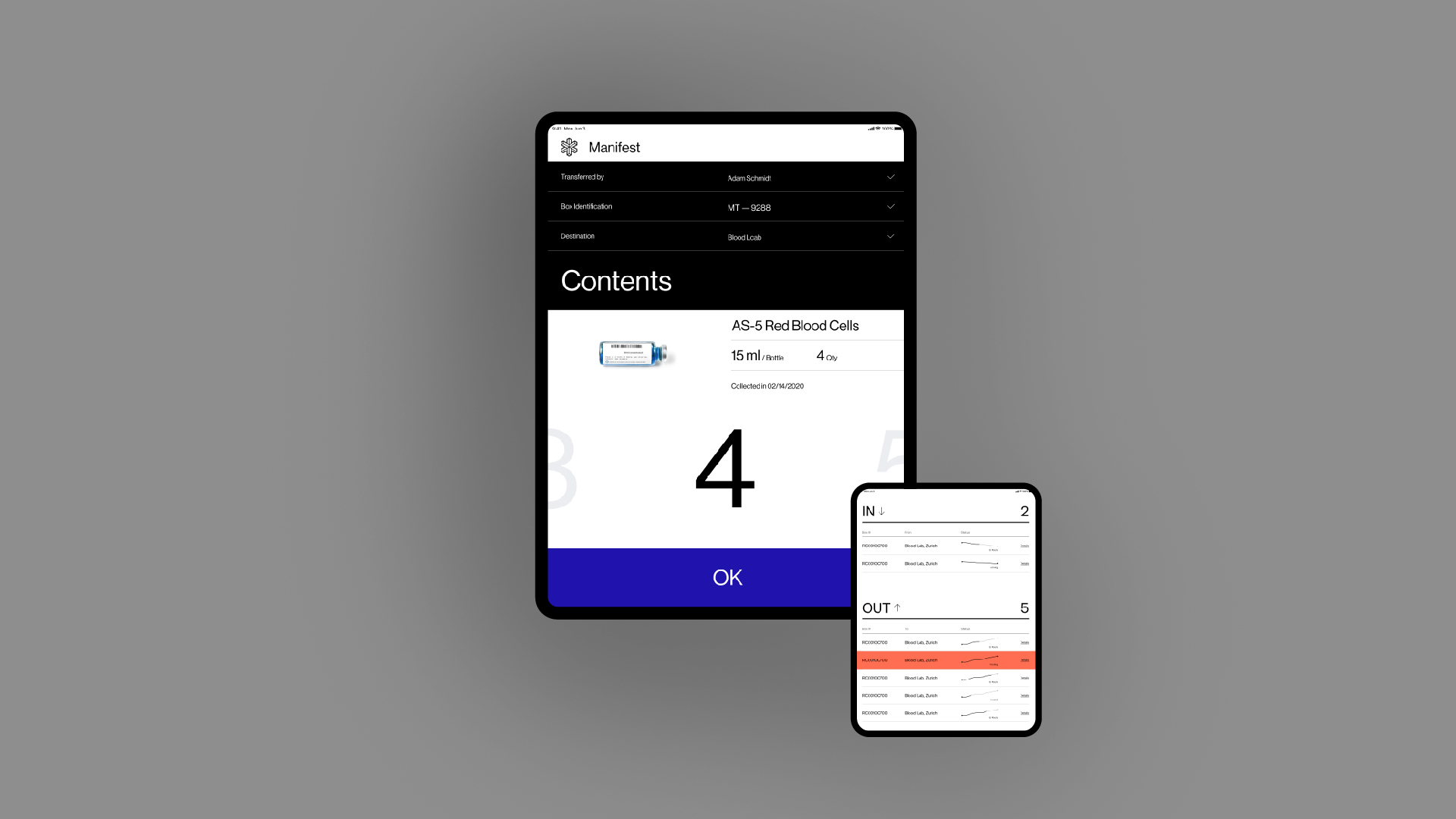 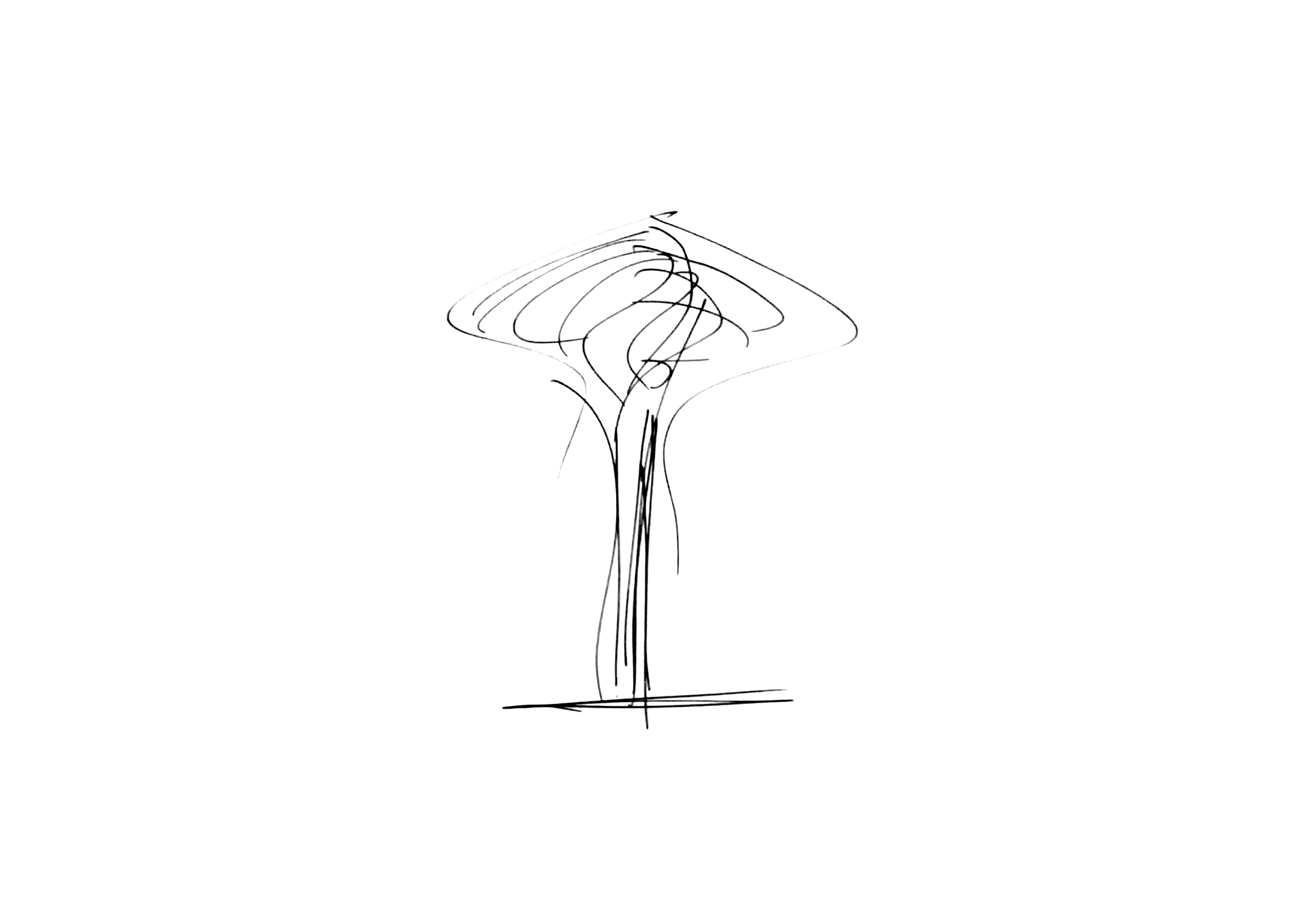 External rib structure- Creating a visual contrast between the dark rib and the white surface allows us to focus the observer's eye on the rib and by that not require expensive finishing of the white part. Ribs drop shadow on the station and create self cooling attributes

Round geometry- Creating an object that can be visible from 360 and allow maximum mounting flexibility. The round architecture simplifies the internal mechanism and helps create a non-offensive feeling for the station.

High landing plane- Raising the drone surface contributes to overall safety and does not allow a user to reach the drone or it's dangerous propellers.

Repetitive rib structure-  Lowering unique part count towards cost reduction.
Creating a visual motion sense for a system that moves objects is in its core DNA.

Transitioning  from demos to operations

During this period, the design team focused all its energies on developing a 2nd generation drone for the system.
The M2 drone was developed ground up by the design team and is purposed for automated operations. Through these years we lead multiple projects with clients like Mercedes Benz and Swiss Post. 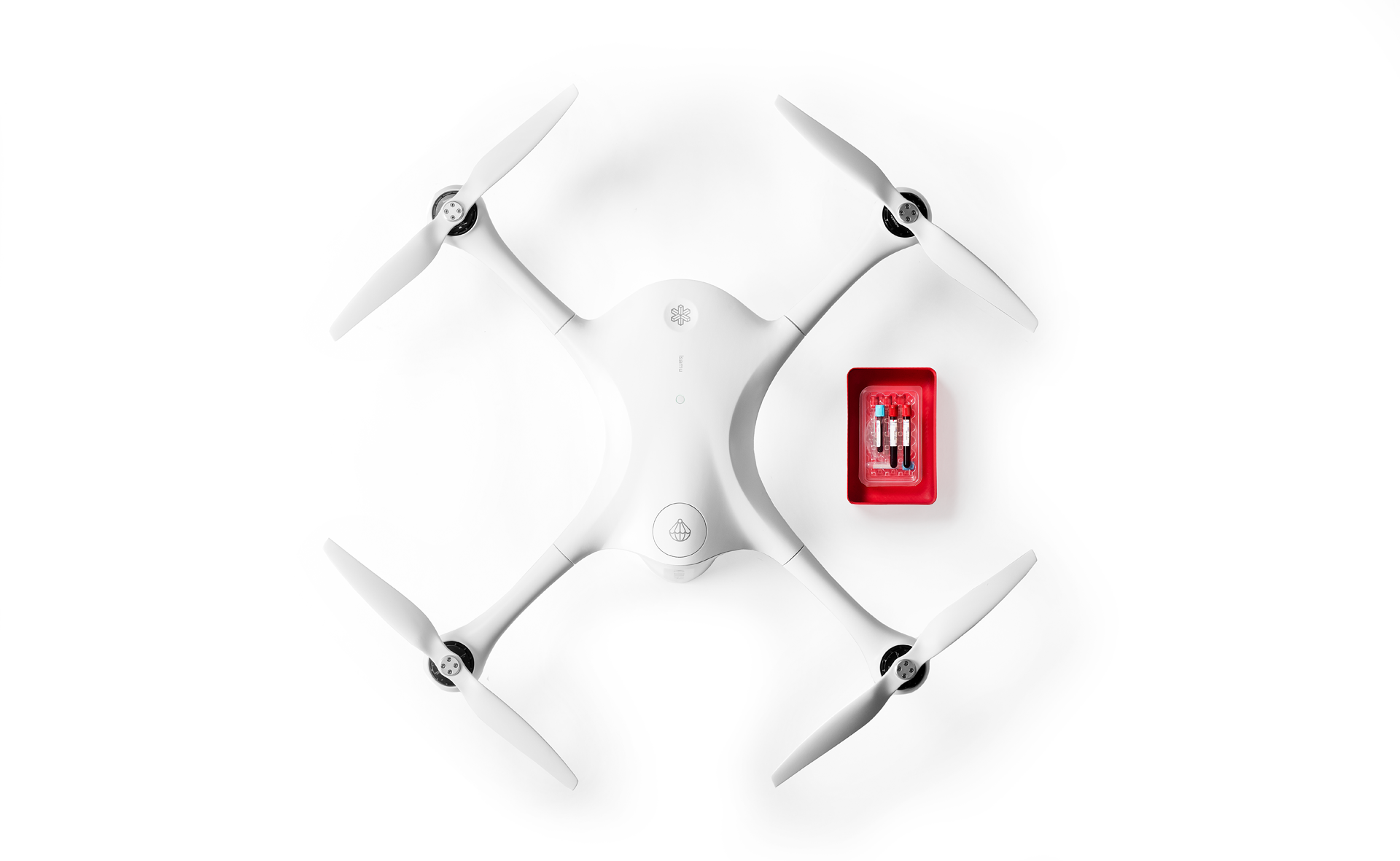 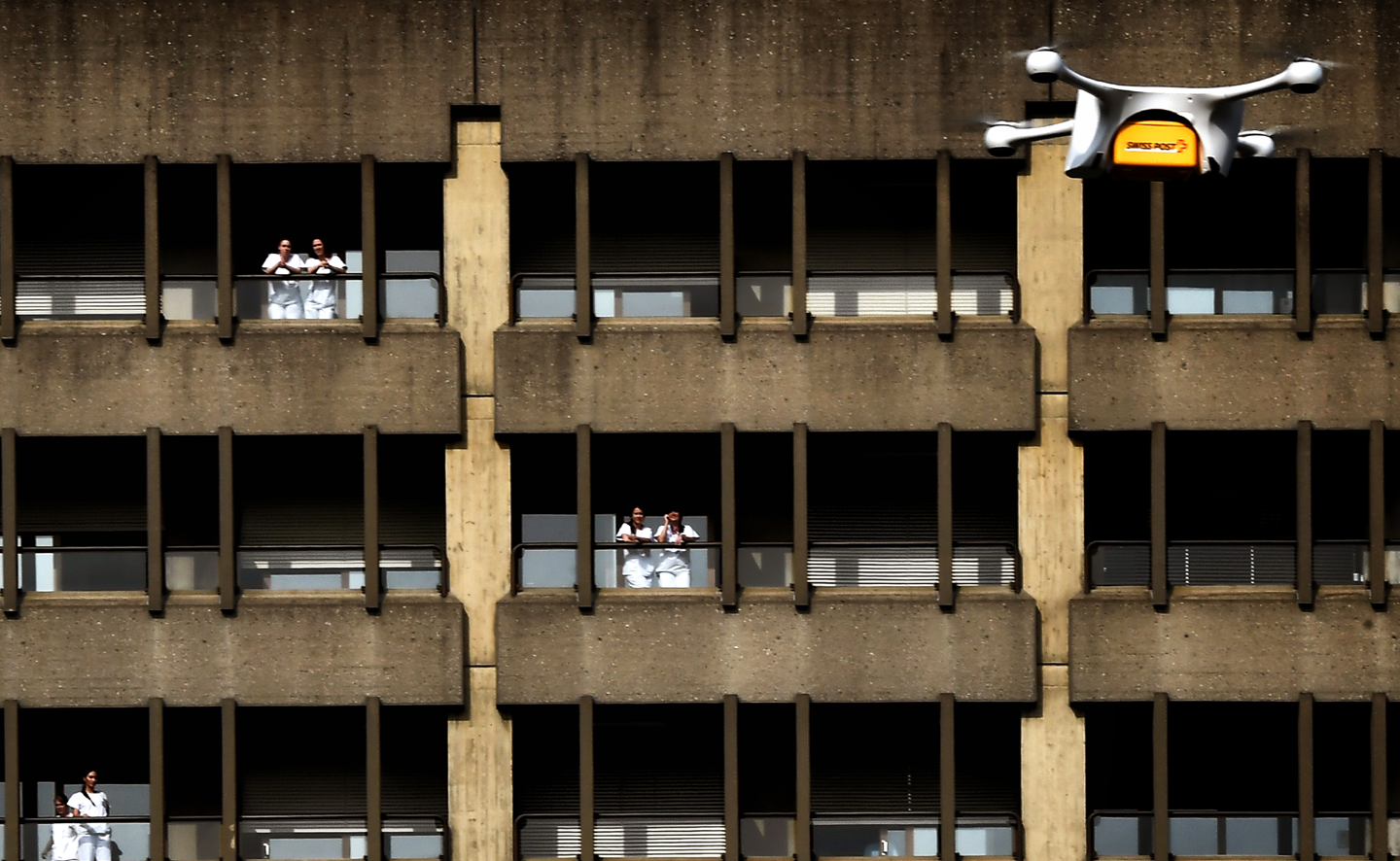 The M2 drone was deployed for operations in 2016 and is currently delivering samples on a daily basis in Switzerland.
Following regulation progress, In late 2018 the system started operations in the US with partnership with UPS. 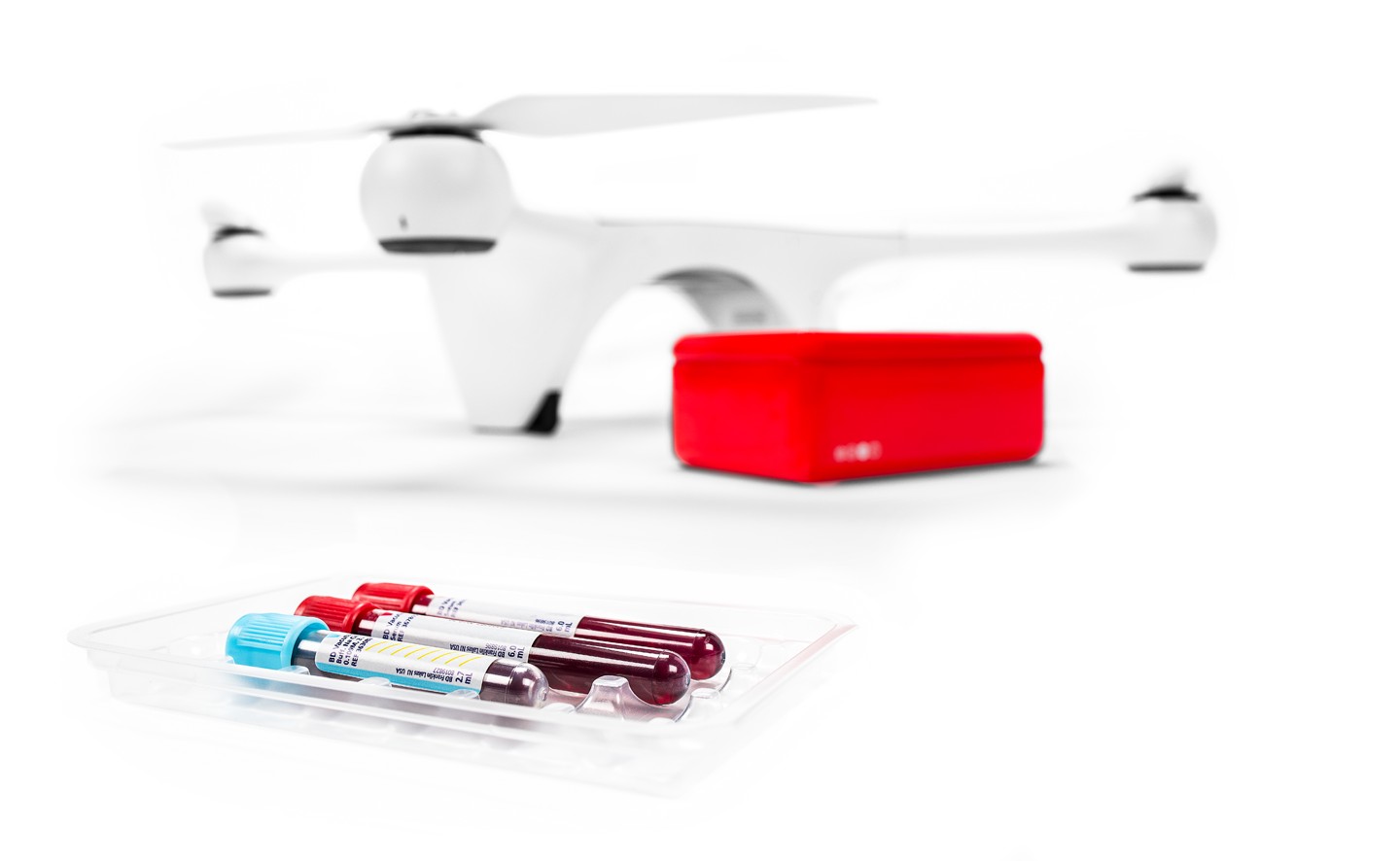 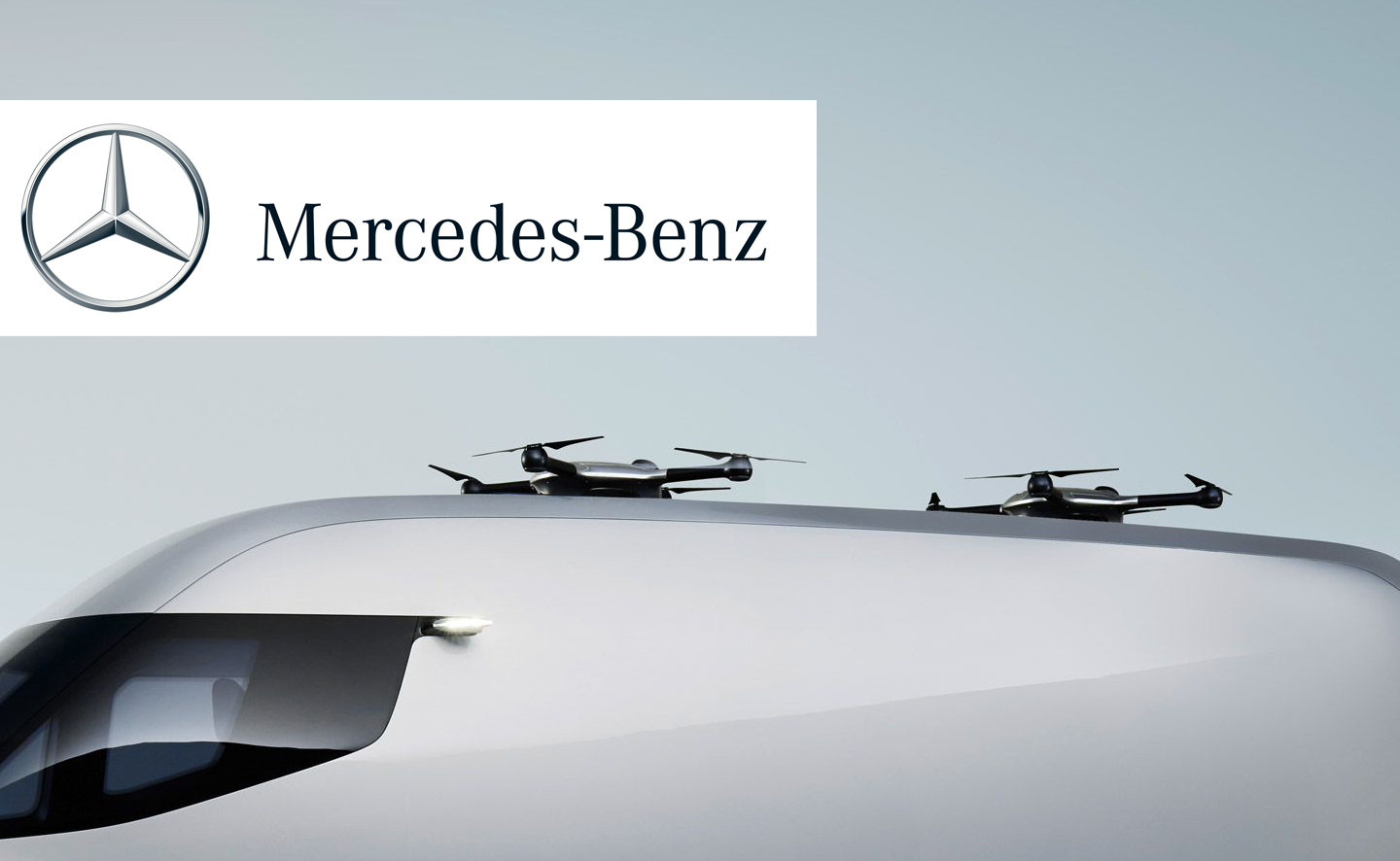 For a drone-van integration project with Mercedes Benz, we lead the development of all air and ground mechanical systems to allow the drone to swap payload and battery without human intervention. 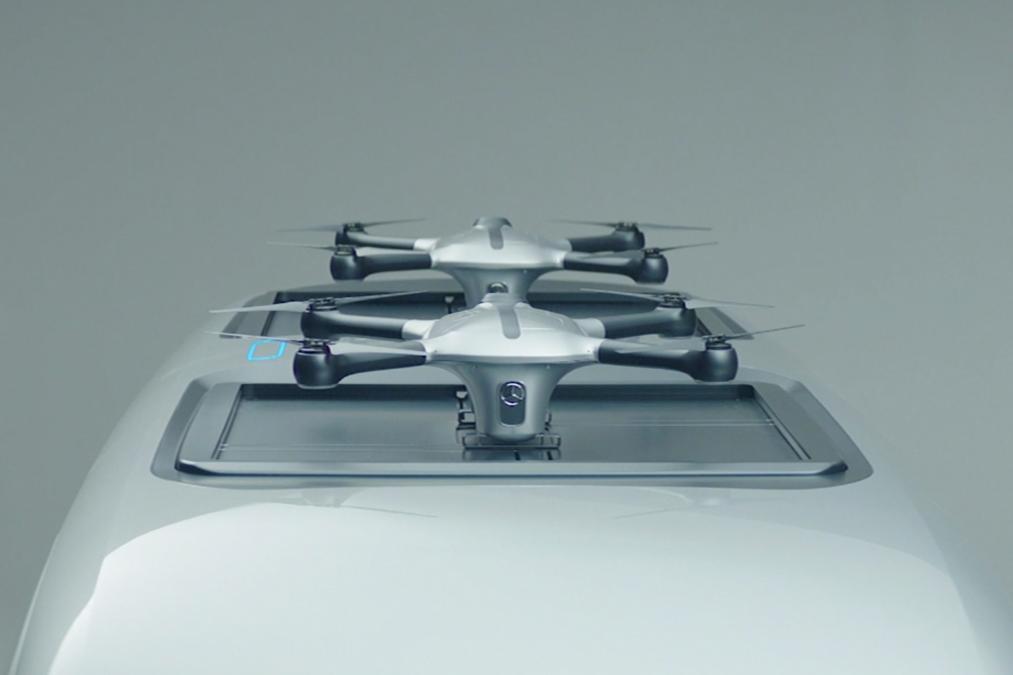 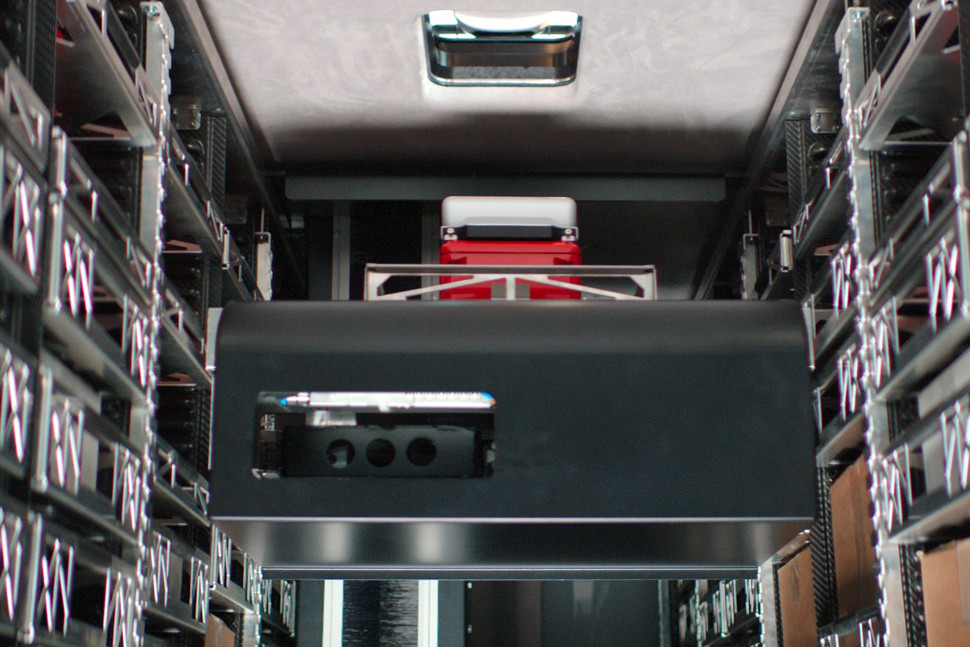 Managing all product development from design vision to customer demos for Swiss Post in Switzerland and UNICEF in Malawi. Sourced and integrated core technologies that allowed us to get approval to fly over people. 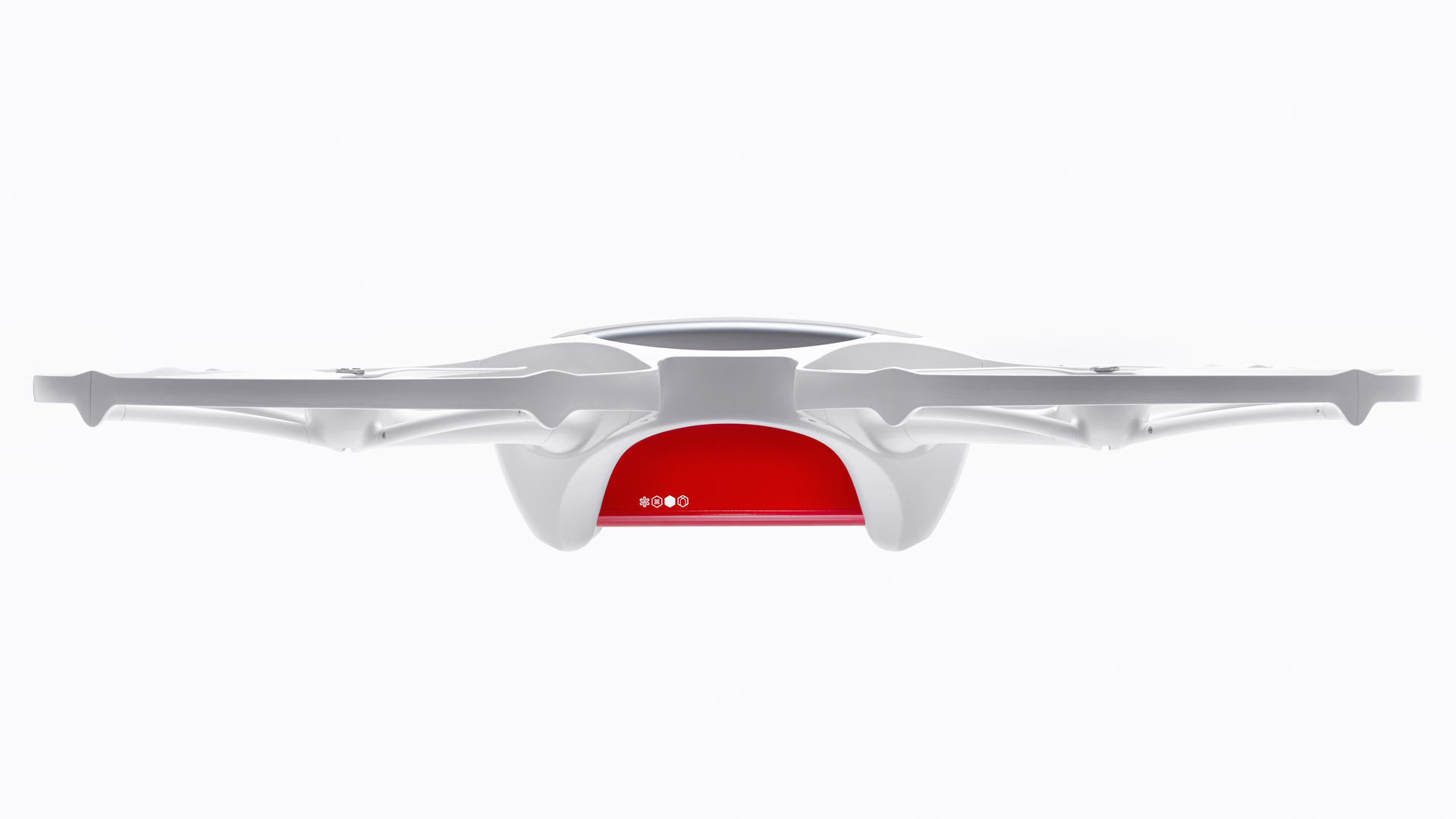 The M1 is a drone specifically designed for carrying small medical packages.
The drone was designed physically and conceptually around the payload- the most important component in our system. 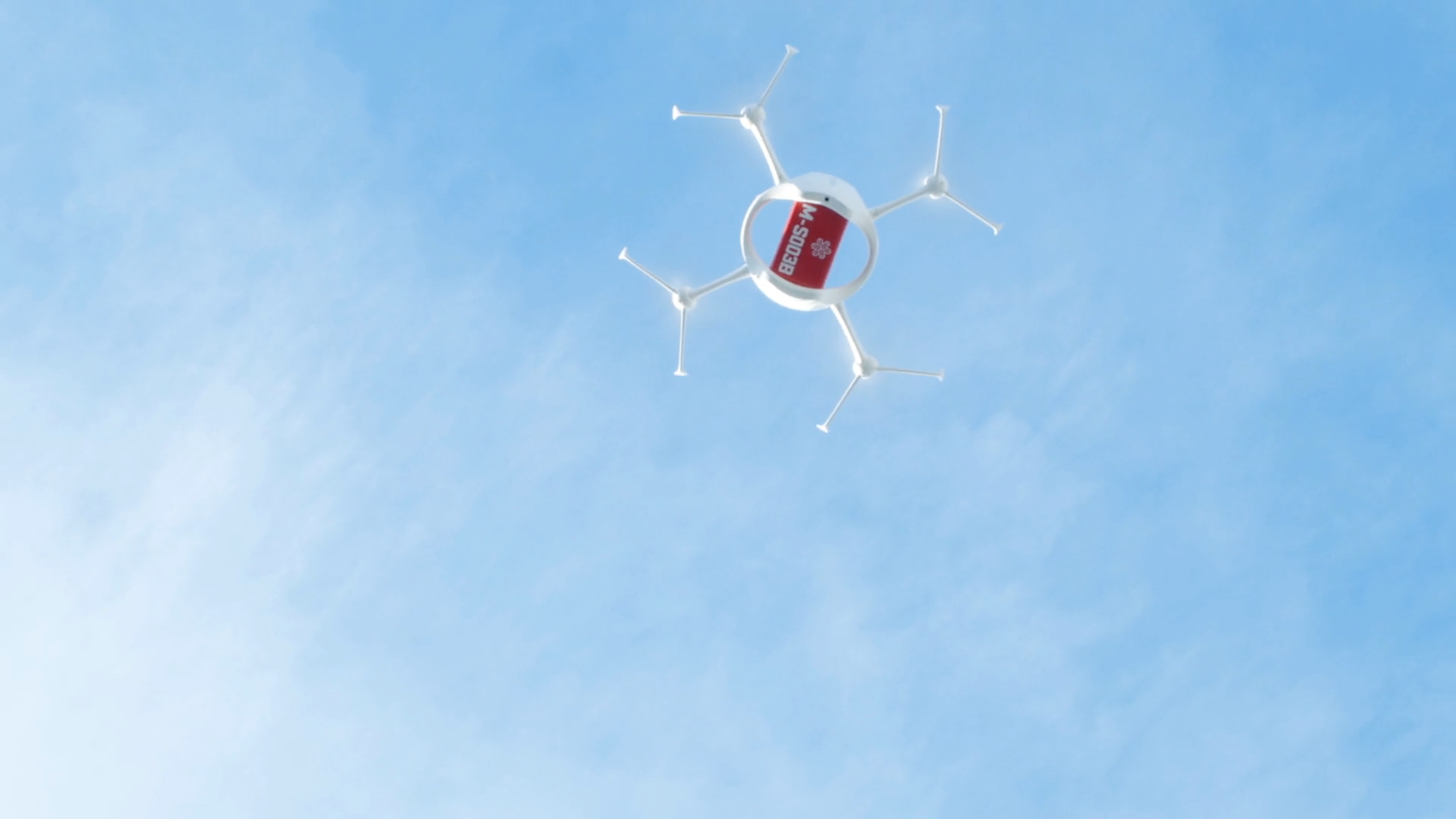 Visually exposing the payload immediately differentiated our drone from military and camera drones, a fact that helped us achieve
public acceptance in an era and habitat where people were not used to seeing drones above them. 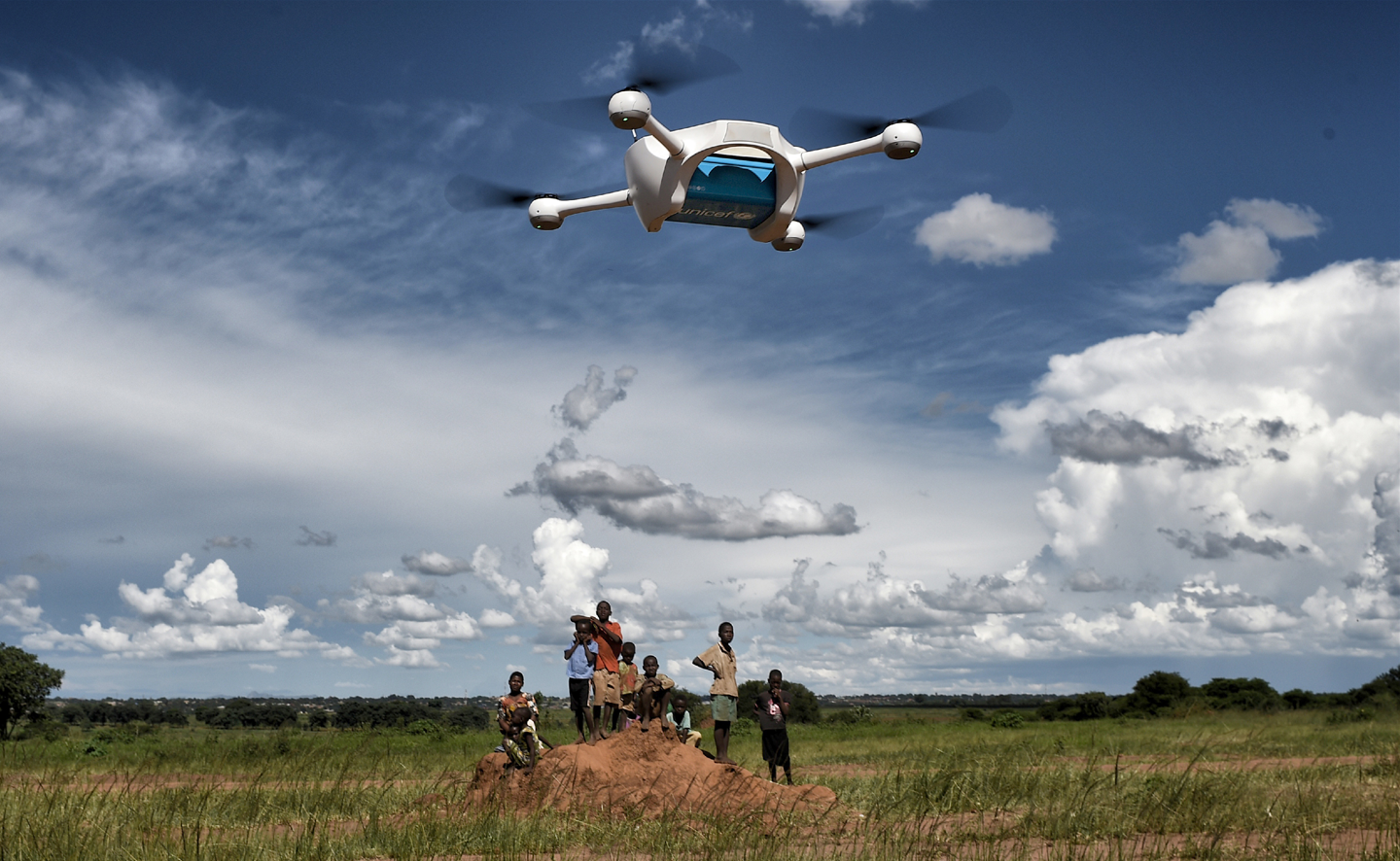 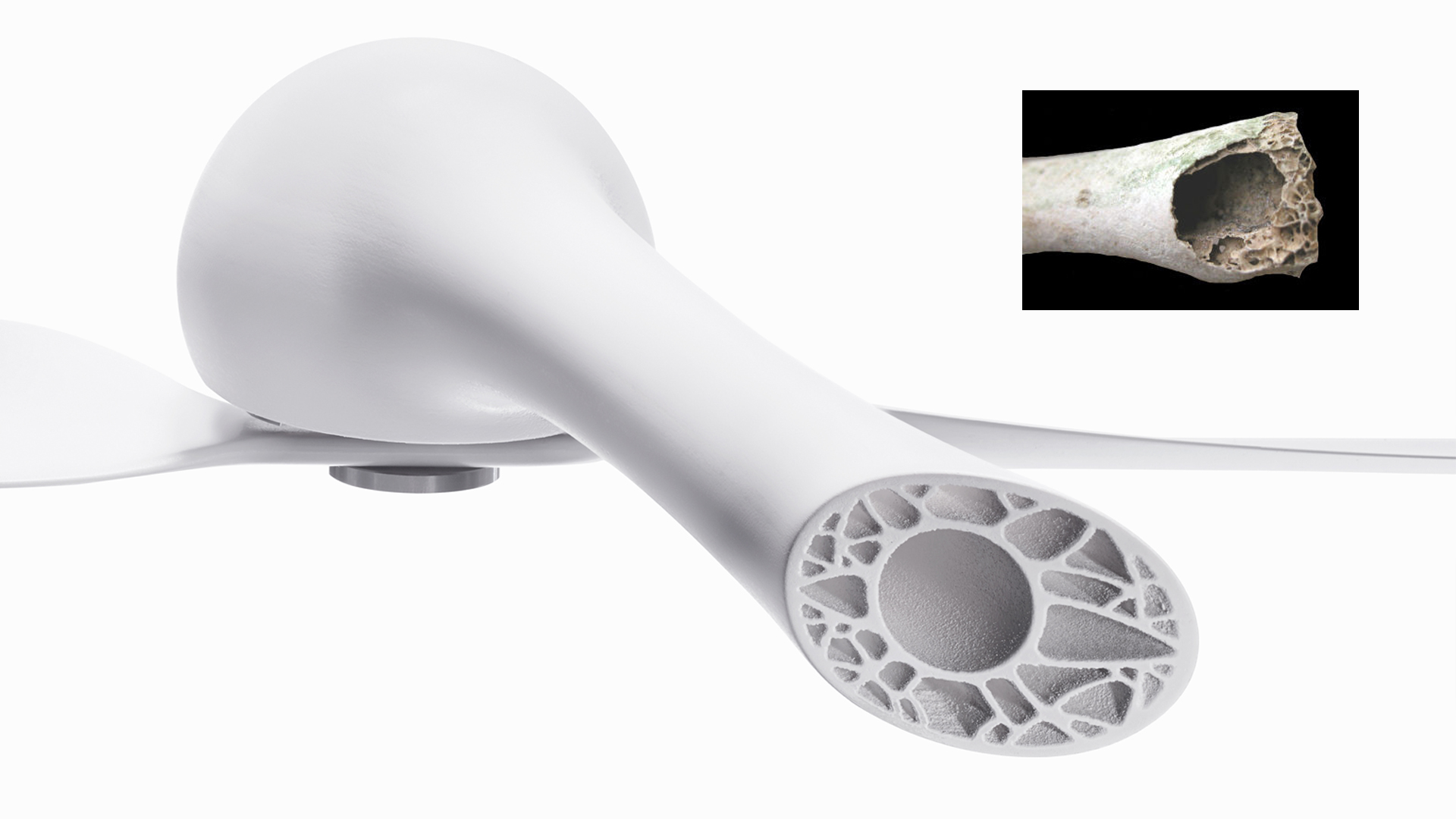 In order to keep up with often technological changes in the development process, we conducted a rapid process of hardware iteration and used additive manufacturing technologies. The chosen manufacturing technology opened up a opportunity to get inspired from natural systems. Since lightweightness is at the core of any flying object, we looked at bird bone structures as well as pigeon skeletons to fuse several parts into one and create hollow voids for weight optimization. 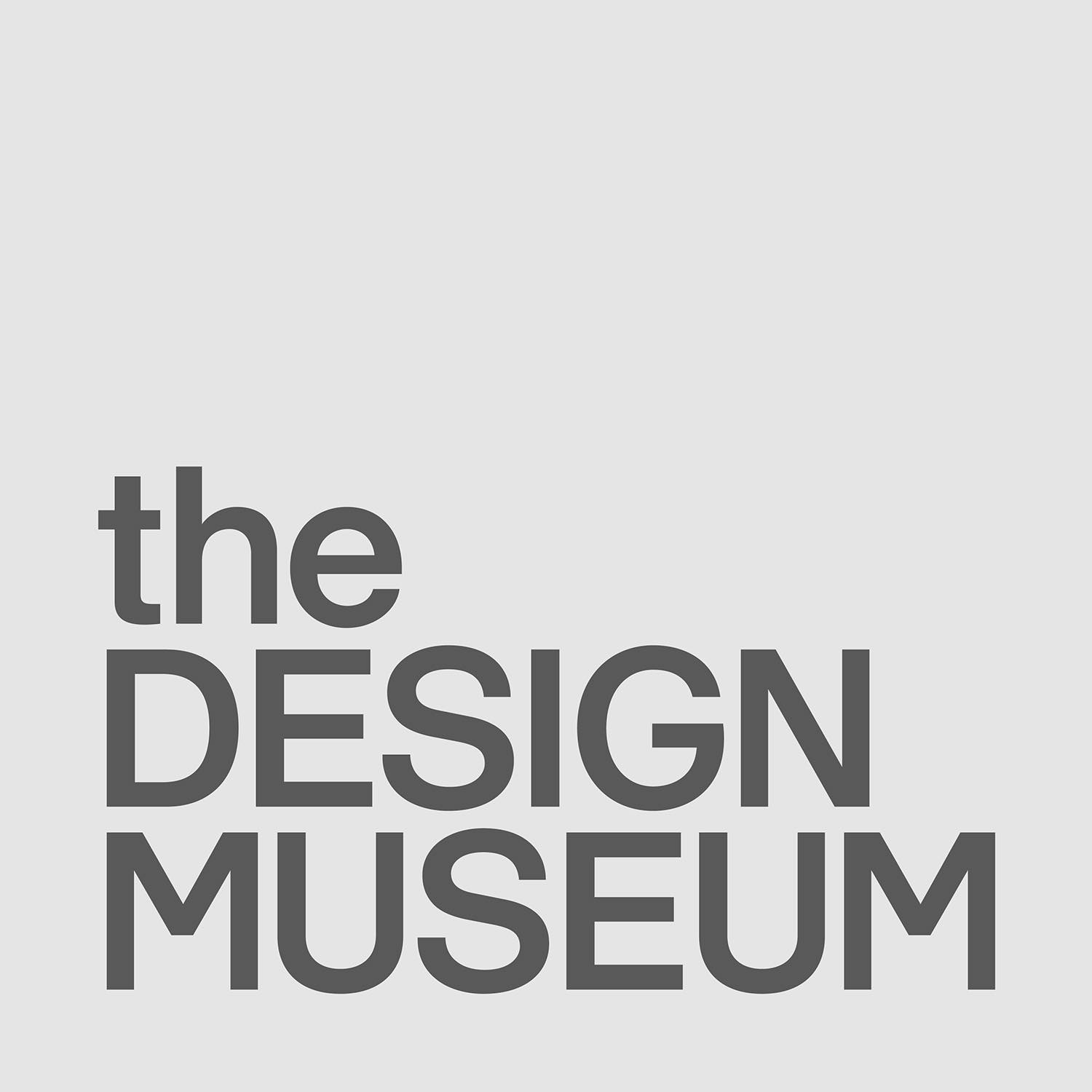 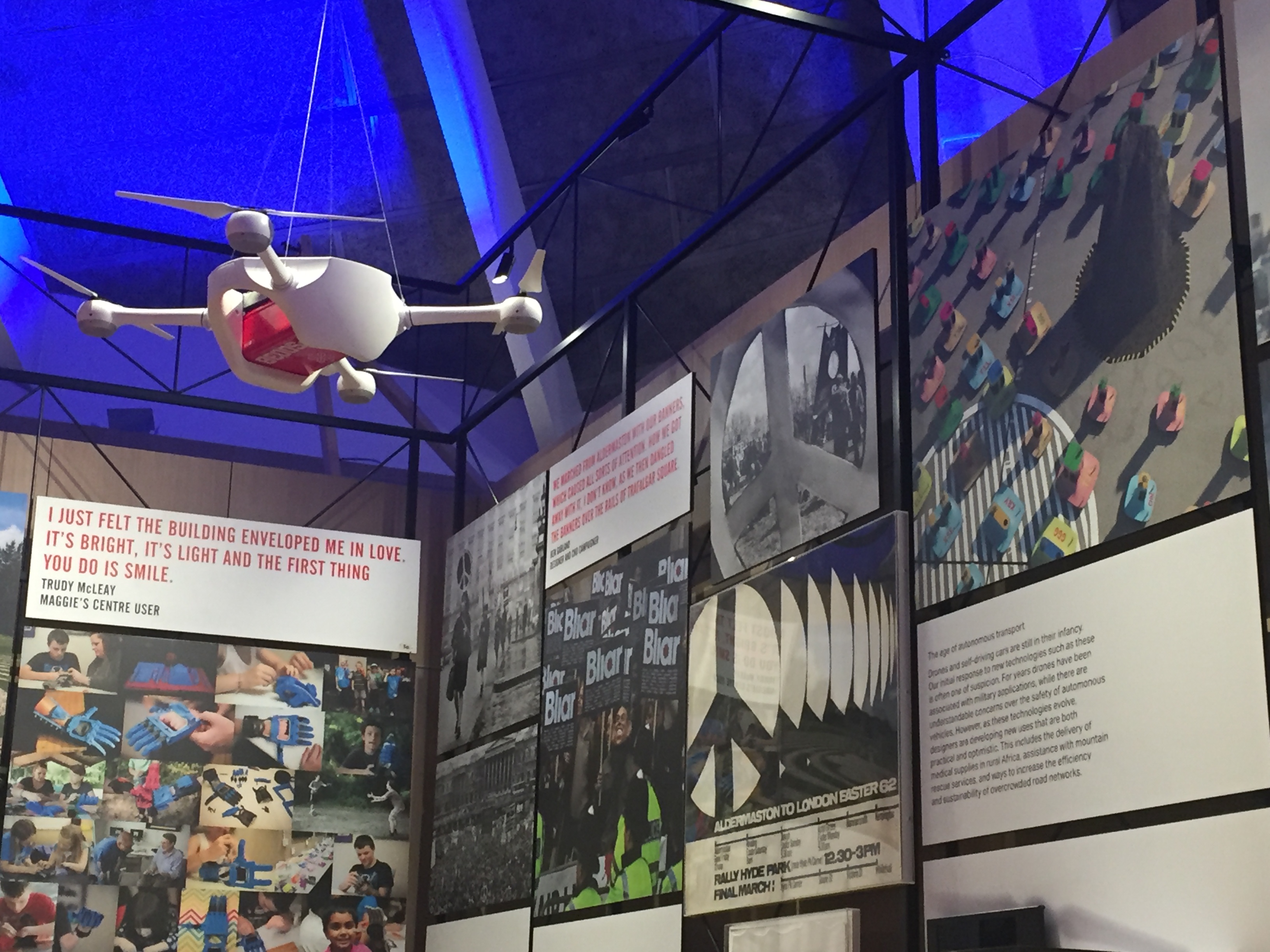